„ORKLA FOODS LATVIA” INVESTS 1.17 MILLION EUROS IN THE PRODUCTION DEVELOPMENT IN THIS YEAR

While implementing the company specialization, additional equipment for production of dressings (salad sauces) and mayonnaises, as well as specialized lines for filling these products in plastic bottles and tubes are installed at the production unit of Orkla Foods Latvia in Babite region. In order to make the placement of all required equipment possible, production premises of the company are reconstructed and reorganized. The costs of acquisition and installation of this equipment, and production reconstruction constitute 783,000 euros.

Other investment projects of this year are mainly related with raising of manufacturing productivity and increasing of production capacity in existing production processes of tomato sauces and mayonnaises. A depalletizer is installed for the tomato sauce packing line, which ensures automatic feeding of empty jars on the packing line; previously it was done manually. Thus, the productivity of the tomato sauce packing line is increased, and the working environment improvements are implemented, because manual feeding of jars is physically very hard and exhausting task. In addition to the previous production equipment, a new mayonnaise preparation machine is installed, which allows ensuring preparation of mayonnaise concurrently for several packing lines, significantly increasing mayonnaise production capacity of the company Orkla Foods Latvia.

“Overall, after completion of investment projects in this year, it is planned, that the production volume of the production unit of Babite region will increase by 30% in 2017. The largest increase of manufactured products is planned in the segment of tomato sauces and dressings. For example, Orkla Foods Latvia has to be able to produce 3,000 tons of sauces and mayonnaise per year for Estonian and Finnish markets alone,” explains the Head of Orkla Foods Latvia.

Mayonnaise in tubes is manufactured for Finnish market. The mayonnaise manufactured by Orkla Foods Latvia can be found in Finland under the brand Felix. 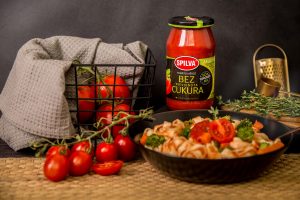 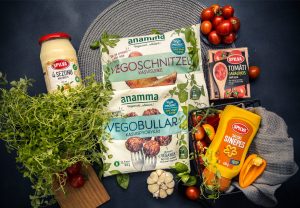 Spilva “4 Season Mayonnaise” is delicious, it is melting in the mouth and has thick